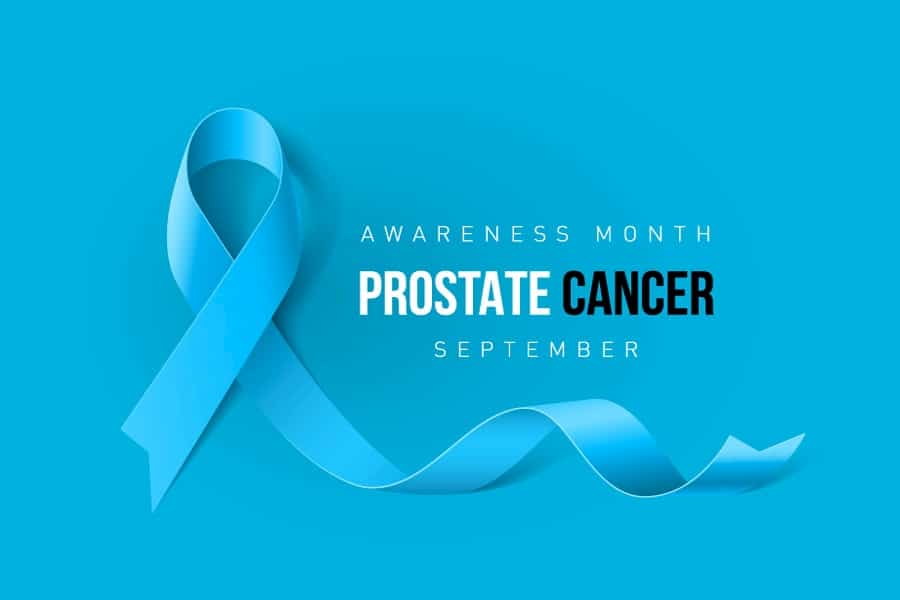 Advice by The Loansmart Team

A prostate cancer diagnosis can be scary and confusing, leaving you with more questions than answers. The Prostate Cancer Foundation helps by arming you with the right questions to ask your specialist, so you can make informed choices about your health.

Here are 10 key questions to ask your specialist:

The Structure and Function of the Prostate Gland

The prostate is one of the male sex glands. The other major sex glands are the testicles and seminal vesicles. Together these glands secrete the fluids that make up semen.

The normal prostate is about the size of a walnut. It lies just below the bladder and surrounds the beginning of the urethra. The urethra is the tube that runs through the penis. It carries urine from the bladder and semen from the sex glands.

As the prostate is a sex gland, its growth is influenced by male sex hormones. The chief male hormone is testosterone, which is produced mostly by the testicles.

Early detection of prostate cancer (PCa) is important as this cancer is most treatable when detected while contained within the prostate gland before it spreads to other parts of the body.

The New Zealand Ministry of Health Prostate Cancer Management and Referral Guidance indicates the procedures for men looking to be tested for prostate cancer.

Regular prostate checks are important for men who:

There are two simple tests for prostate cancer and it is recommended that both are done each year.

Men having any problems such as pain, fever, swelling of the prostate and, blood and pus in the urine, or problems passing urine should consult their doctor without delay.

The most insidious thing about PCa, and what makes it so dangerous, is that in its early stages it does not usually exhibit symptoms. When symptoms begin to appear then it is frequently too late for effective curative treatment. This is why regular check-ups are so important.

Many men begin to have problems with their prostate as they get older. Most problems are caused by simple enlargement of the prostate, but a few are caused by cancer. To get checked for Prostate Cancer consult with your GP.

Usually the first sign of trouble is with passing urine. A man may notice one or more of the following symptoms:

Benign Enlargement of the Prostate

In men with prostate problems, nine out of ten will have a prostate which has grown too big. This puts pressure on the urethra and may squeeze it enough to block outflow of urine.

This condition of enlarged prostate is called “Benign Prostatic Hyperplasia” or BPH. Benign means it is not cancer, and hyperplasia means “too much tissue”.

BPH occurs with ageing. It affects more than half of all men older than 50.

Medicines or surgery are used to treat it but only when symptoms become troublesome. Remember, BPH is not prostate cancer even though most of the symptoms are the same when passing urine.

Infection of the Prostate

It may have symptoms similar to BPH. Prostatitis is usually treated with antibiotics. Infection of the bladder usually occurs at the same time as infection of the prostate. If blood appears in the urine (Haematuria), contact your doctor for an appointment.

The doctor will need to determine whether the patient’s problems are due to BPH, prostatitis, prostate cancer or some other cause.

The doctor may do the following tests:

The doctor wears a rubber glove and inserts a finger into the anus to feel the prostate through the wall of the rectum. This is called a digital rectal examination or DRE. The doctor checks the size, shape and hardness of the prostate.

PSA is a small protein released into the blood by the prostate. If the amount of PSA in the blood is above the normal levels, it may be due to an enlarged prostate or prostatitis. If the PSA level is high, it is more likely to be due to prostate cancer. The PSA test does not diagnose prostate cancer, it is an indicator that there may be abnormalities in the prostate gland. The important measure associated with regular PSA testing is the change, or rate (velocity) of change that may indicate a problem. This is why it is important to have at least an annual PSA test so that any changes can be noted and acted upon.

Results from a PSA test alone cannot confirm whether prostate cancer is present. Other tests need to be done. Different laboratories use different tests to measure PSA levels in the blood. This can result in different values of PSA levels for the same man. The doctor will take this into consideration when keeping track of a patient’s PSA levels.

A biopsy is the removal of very small pieces of prostate tissue using a fine needle. A local anesthetic may be given first. Several samples may be taken. Men say the discomfort is mild.

The tissue is then looked at under a microscope to see if cancer cells are present. A biopsy is the only way to show for certain whether or not the man has prostate cancer.

To get checked for Prostate Cancer consult with your GP.

The human body is made up of billions of tiny building blocks called cells. Sometimes, cells reproduce in an uncontrolled way and grow into a lump, or tumour.

There are two kinds of tumours: noncancerous (benign) and cancerous (malignant). Benign tumours do not spread to other parts of the body and are not life threatening (except in very rare situations).

Cancerous tumours can attack nearby cells and destroy them. Cancer cells can also get into body fluids and spread to other parts of the body. This is called a secondary cancer or metastasis. Blood and lymph are the fluids which transport cancer cells to other parts of the body. Lymph is a nearly clear fluid that travels through lymph vessels and small oval structures called lymph nodes. Lymph fluid eventually mixes with blood which travels throughout the body.

Cancer is not a single disease with one cause and one type of treatment. There are more than 200 different types of cancer. Each has its own natural course of development and response to treatment.

Cancer of the Prostate

Some men are more at risk of getting prostate cancer than others, but the most important risk factor is ageing. Men with a family history of prostate cancer have a higher risk; that is, if the father, an uncle or a brother has had prostate cancer.

A cancer is often very hard to find when it is located only within the prostate. This is because it may not cause symptoms and may be too small for a doctor to feel during a routine rectal exam.

A growing cancer can affect cells close to the prostate. At the same time, cancer cells may get into the blood and spread to other parts of the body, especially the bones. A man may not have any symptoms during the early period of cancer spread.

Prostate cancer tends to spread to lymph nodes, bones (especially ribs and bones around the hip and lower back), liver and lungs. Cancer cells that have spread to other parts of the body will grow, causing symptoms such as bone pain, one of the most common problems.

The pathologist examines the biopsy specimen and grades it on a scale of 2 to 10. This “Gleason Score” indicates how aggressive the cancer is and how fast it is growing; the higher the score, the more aggressive and faster growing the cancer is.

This next section is a little technical, but you may wish to read it to understand how doctors define the stages of prostate cancer.

The most commonly used staging system is the TNM System, which stands for:

Where an ‘X’ is shown, it indicates that either lymph nodes or metastases cannot be evaluated. Your doctor can tell you more about staging and its importance to the treatment options. The doctor will estimate how much cancer is in the prostate and may be able to estimate how fast the cancer is growing. This information will influence the doctor’s advice about which treatment is likely to be best.

Instead of the TNM System, some doctors talk about stages A, B, C and D. Sometimes these stages are called 1, 2, 3 and 4, respectively.

STAGE A (STAGE 1)
In Stage A, the tumour is confined to the prostate gland only and cannot be felt during a prostate examination via the rectum.
If found at all, it is usually found by chance during treatment for BPH, prostatitis, or some other prostate problem.
Cancer cells may be found in only one area of the prostate or in many areas of the prostate.

STAGE B (STAGE 2)
The tumour is located within the prostate only but can be felt during a prostate examination via the rectum. The man may or may not have symptoms. Blood levels of PSA are usually increased.

STAGE C (STAGE 3)
The tumour has spread from the prostate to other nearby tissues.
The seminal vesicles, the glands that produce semen, may have cancer in them. Difficulty in passing urine is a common symptom.

STAGE D (STAGE 4)
The tumour has spread to other parts of the body, most often the lymph nodes, bones, liver or lungs. Difficulty in passing urine, bone pain, weight loss and tiredness are common symptoms.

The above was sourced at https://prostate.org.nz/ – check out there web-site for more valuable information and support them for the incredible work they do.

Check your own credit report